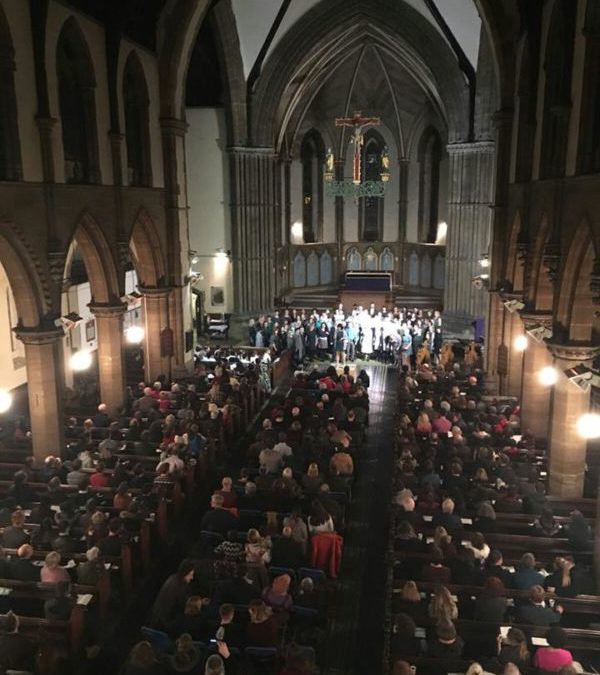 On Wednesday 7th December Victoria Park Singers held their annual winter concert, this year entitled Stars. They performed wintery carols such as The Lamb and Twelve Days of Christmas alongside more modern hits such as White Winter Hymnal to a packed audience of over 250 in St John of Jerusalem Church. They were also joined by the fantastic Suzuki Hub violinists, who performed ‘Gloria’ with the choir. Almost £2000 was raised for St Joseph’s Hospice during the evening, a staggering amount.