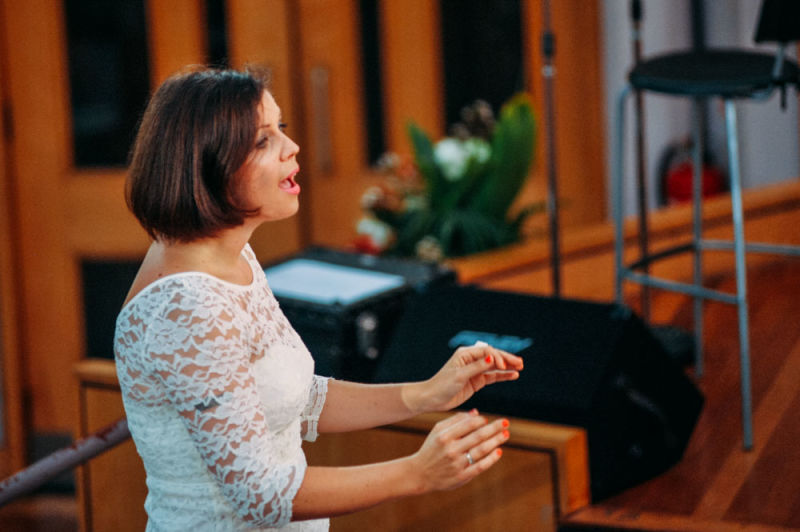 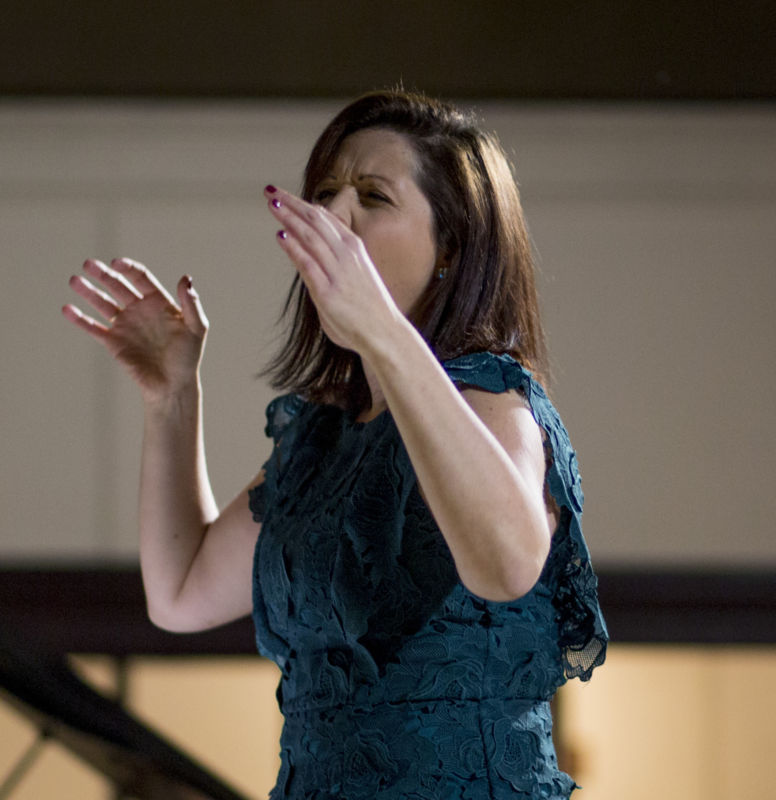 Hello, I’m Hannah Brine and I’m so pleased to have started this exciting choir in my favourite part of London. I can’t believe Victoria Park Singers – VPS – has been going for 8 years now!  I started similar choirs; Kensington Singers in West London in 2011, Finsbury Park Singers in North London in 2018,  and Fosse Singers in Leicester in 2007, all  of which are still going strong. I was extremely honoured in 2015 to be named a BBC Unsung Hero for my work with VPS.

Alongside leading community choirs and office choirs for companies such as ITV and Rothschild, I teach singing and am a singer-songwriter. In 2017 I joined the singing faculty teaching at Mountview Academy of Theatre Arts.

Victoria Park Singers have done some very exciting singing things, including members of the choir joining with another of my choirs, Kensington Singers, to sing at the Royal Albert Hall for the BBC Proms, on September 8th – performing John Luther Adams piece ‘In the Name Of the Earth’ – a huge piece for 700 voices! Members of the choir have also performed at the Olivier Awards, at the Royal Variety Show and on a BBC TV advert with Gary Lineaker! The choir also performed at The Barbican in 2020 just before lockdown.

I have studied with the Association of British Choral Conductors and in 2014 I achieved my LRSM in Musical Directing with a distinction. You can read more about my work here. I am in my final year of the Estill Master Trainer, studying with Anne Marie Speed, so I’m fascinated with what’s happening inside our larynx… and all that geeky stuff! I love to help people to improve their voices!

I love all styles of music from classical to pop and aside from conducting I have recorded sessions for Disney and performed at venues including the Barbican with Wynton Marsalis, NEC, Birmingham Symphony Hall, various jazz festivals and on released dance and chill out tracks including on Armada Music, Black Hole,  Café Del Mar and Buddha Bar. I fixed and coached the choirs for Gary Barlow’s performance at the 2016 Royal Variety Show and the 2017 Olivier Awards, and I performed with Gary as part of the choir on Strictly Come Dancing in 2016.  I also write songs for choir and do sessions – both of which can be interesting and unusual! I am most excited by a cappella, jazz, world, folk and experimental vocal music.

I am passionate about working with singers from all backgrounds and creating a supportive learning environment. I look forward to welcoming you to Victoria Park Singers.