From Hackney to the Royal Festival Hall 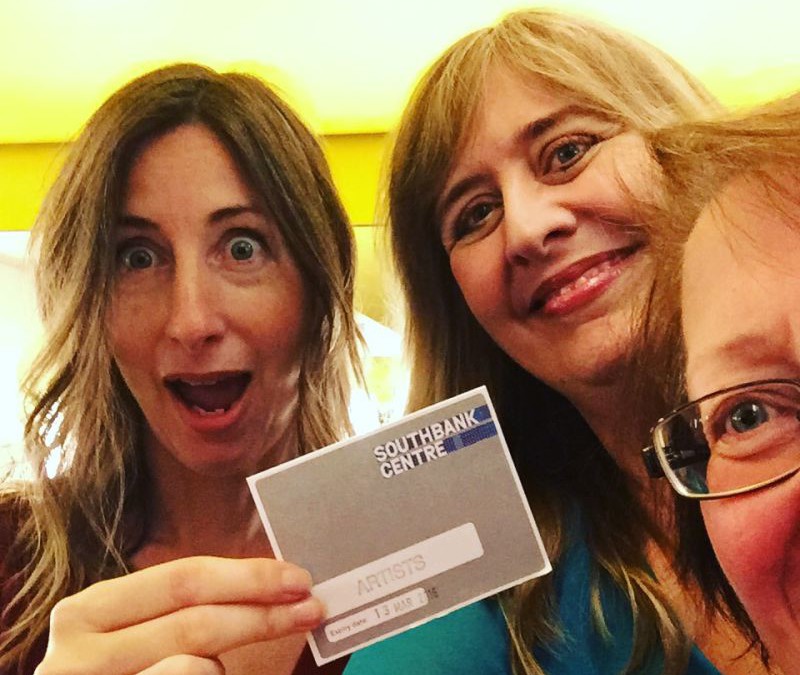 If I hadn’t been a member  of Victoria Park Singers I might never have known which animals apart from humans go through the menopause*.  I wouldn’t have heard Sharon D Clarke perform Dianne Reeves’ Endangered Species, as though her life depended on it.  And I’d certainly never have stood on a stage, singing backing vocals for Sister Sledge and watching two thousand people dancing joyfully in the aisles of the Royal Festival Hall.

Because without a tip-off from fellow VPS-er, Kate,  I wouldn’t have heard about the Voicelab choir which performed at the closing event  of this year’s Women of the World Festival (WOW).  The  concert was hosted by Sandi Toksvig (the source of the menopause info, in case you were wondering) and featured amongst others Peggy Seeger, Bonnie Langford and Sara Pascoe, with Sue Perkins guest-conducting the world’s only all-female orchestra. Oh, and us, the Voicelab choir: 200 women of varying musical abilities and experience  (including Kate, Louisa and me from VPS) who came together to learn four songs, one week before the concert.

We only had two rehearsals but by the day of the concert we were so relaxed about performing that we took in our stride the re-writing of the final song.  As Sue Perkins pointed out a couple of hours before we were due to sing it, the anthem written for the occasion had a lead vocal that was so low  “it’s subsonic…  If we perform it like this, only manatees will be able to hear us.”

Lots of the women I met during rehearsals were on their second or third WOW event.  I kept being told “the great thing about this is that everyone you meet is just so friendly” – and it was true, they were.  I found myself grinning like a loon through the whole experience and singing harmonies under my breath on the tube on the way home.  The people behind Voicelab  believe anybody can sing.  And anybody can.  Maybe not as well as Sharon D Clarke, but every star needs a backing vocalist, and doing that feels pretty good too.

Since I’ve been a member of Victoria Park Singers I’ve sung in churches and pubs,  in the park during a freak summer rainstorm and round the Christmas tree in Trafalgar Square.  The Festival Hall was a real highlight, but it’s all been great.  There’s just something about making music with other people that makes you happy.